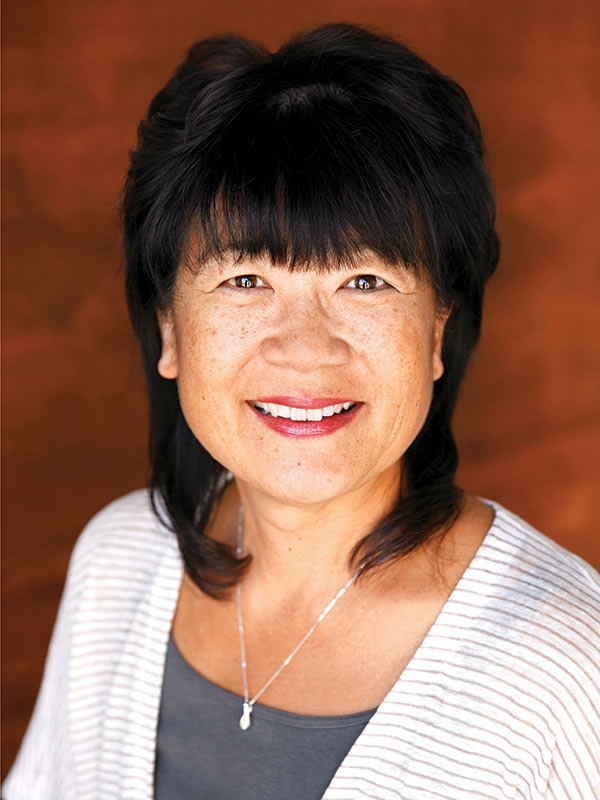 When violinist Anne Crowden founded the Crowden School in 1983, she called it her “Grand Experiment.” She was entering unknown territory, and she certainly never imagined that her dreams of a supportive educational environment for musical children would develop into a thriving, established Bay Area cultural institution. Anne succeeded because of the quality of her vision and musical standards, and the force of her personality. Like Anne herself, Crowden inspires unusual dedication and passion.

Today, Crowden is a home for all to explore, to learn, to rehearse, to perform, and to listen to music. Between our rich array of music education offerings for the general public, day school for grades 3 to 8, public school outreach initiative, concerts and events, and community partnerships, Crowden serves roughly 12,000 individuals each year. Anne’s unique stamp—the commitment to musical excellence, the intimate family atmosphere, the particular passion for chamber and new music, the deep experience of interdisciplinary and creative learning—still combine into that tangible Crowden magic.

We believe that music is an inherent part of being human, and we believe in the power of music to change lives—indeed, to change everything.

I invite you to join our community. 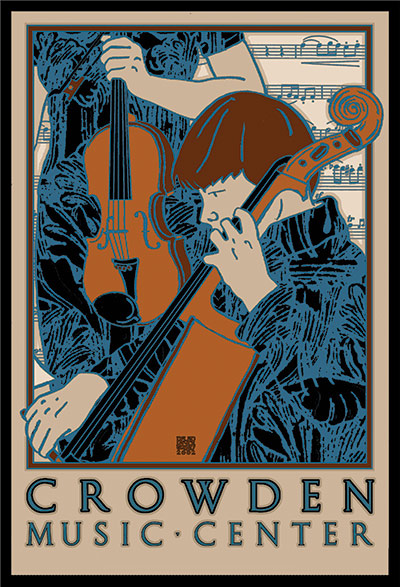 Where students come to receive a world-class education with music at its core. 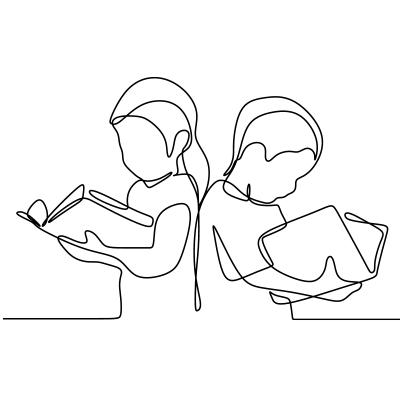 The Crowden School for Grades 3 to 8

The first of its kind in the nation, Crowden’s coeducational day school for grades three to eight provides a distinguished education with chamber music at its core.

» More about The Crowden School 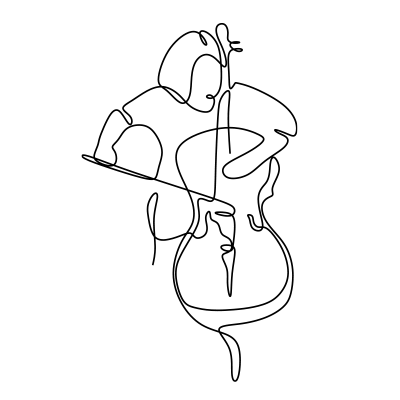 Music Instruction for All Ages 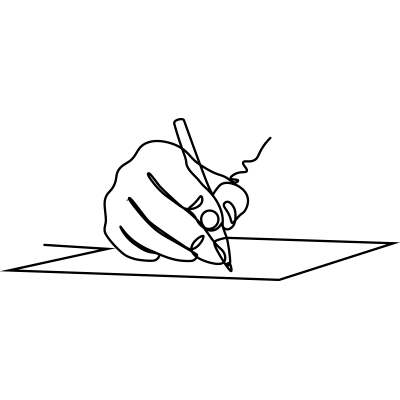 A launching pad for artistic expression grounded in disciplined work, expert individual guidance, and real-world experience. Students are mentored by a diverse faculty of professional composers who are gifted teachers, and a rich network of professional musicians and ensembles. 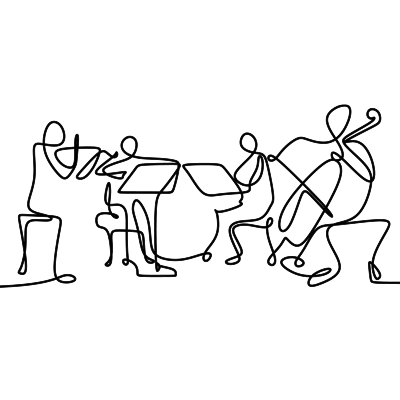 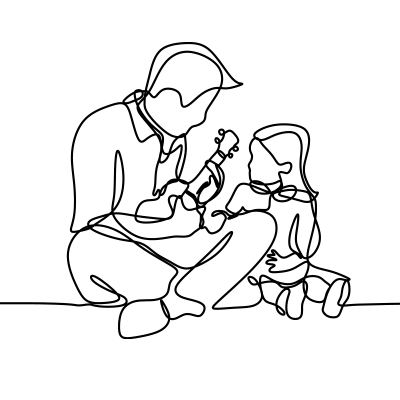 Crowden provides access to music education through our public school outreach program, and exposes thousands of Bay Area children and adults to classical music through our own Community Music Day and participation in major community street festivals. 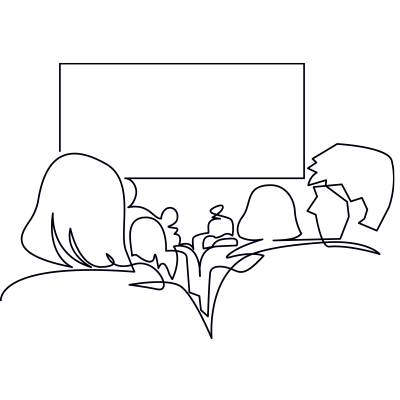 » More about facility use

Crowden is planning for its future!

Crowden has attracted the support of an impressive array of musicians of international and national renown, including the following:

A BERKELEY INSTITUTION SINCE 1983

After watching her young students grow exhausted and overburdened by school, practice, chores, and countless other activities, Scottish violinist Anne Crowden (1928 to 2004) had a vision of a school that would provide a supportive environment for young musicians by incorporating music into the daily curriculum.

In 1983, she and Piero Mancini opened the nonprofit Crowden School, with just thirteen students, facing unknown challenges but driven by Anne’s clear, uncompromising vision. It was the first school of its kind in the nation.

By 1998 Crowden had become a Berkeley institution, and moved into its current location, the historic Jefferson School building in North Berkeley. In 2003, the organization was officially renamed "Crowden Music Center" in recognition of the breadth of our activities in the community.

Now, we bring Anne’s dedication and passion for music, and the distinctive Crowden educational experience, to an ever-expanding audience.

Anne Crowden passes away in Scotland, surrounded by family and friends

The City of Berkeley declares The Crowden School Day

Anne Crowden studied at Edinburgh University in Scotland and trained at the Royal Academy of Music in London. She became an internationally renowned violinist, performing with the Edinburgh String Quartet and the Netherlands Chamber Orchestra, and as a soloist for the British Broadcasting Corporation and the Arts Council of Great Britain. She moved to the United States in 1965. In 1980 she was elected an Associate of the Royal Academy of Music for her distinguished service to music. In 1997, Chamber Music America selected Anne as the winner of the Heidi Castleman Award, one of the most distinguished and coveted prizes in the field of musical education.

“How and Why I Began a School for Musical Children”

Ever since I became a “Born Again” Chamber Musician at the age of 18, I have religiously organized my life around my addiction. “Organized” is not the word others might use about an addicted chamber player who turns down lucrative work with benefits and pension in order to pursue hours of ensemble practice for less money than a job waitressing. Then, of course, later comes the necessity to pass one’s addiction on to musical children and students which I did through Saturday workshops, summer schools and university music departments.

During my private teaching of 9 to 18 year olds, the plight of the Junior High School student (ages 11 to 14) seemed to be intolerable. They were always exhausted, mostly disheartened and having to practice after 8-hour school day, piles of homework looming ahead, not to mention family commitments and household chores. It all seemed so miserable for them. Musical children of this age definitely seemed to need a different background.

Following the example of some British schools, e.g., Menuhin, Purcell and St. Mary’s to name three of many, I decided, with support from a few parents and colleagues to found a small school for this age group. We opened with eleven students. We were regarded academically with great suspicion by all and it took quite a few years to persuade parents-at-large that musical progress and academic progress go hand in hand.

The purpose of the school is to provide a musical training in balance with a first class academic education. This balance can work in two ways:

For those with exceptional musical ability it provides a solid program in musicianship, chamber music, time to practice and plenty of performing opportunities. Most importantly it gives these gifted children a sympathetic environment and peer support.

For those with a more general musical ability, the school can provide a wonderful broad education in a shared creative activity which, hopefully, will remain a pleasure all their lives.

Although Chamber Music is at the heart of the program, we pursue a comprehensive musical training: theory, composition, Dalcroze Eurhythmics, choral and part-singing, ear training. The children, who are mostly string players, study with any private teacher of their choice.

We give performances on the average of once a month. These performances can include chamber music, chamber orchestra, solos, chorus, opera and most popular composition night.

It is my belief that children of this age must be engaged in active, creative learning in all the Arts. For instance, if one puts on a play, appropriate music of that period must be found and performed, and the art class should build and paint the sets. With such a small school, of course, every student is engaged in the play, the music and the painting. This integration of the different departments and the fun in doing it will remain in memory much longer than the facts alone from the various classes.

For instance, the English class wrote haiku—the composition class set them to music and they performed with mime and dance. I am sure many of our students will never forget our efforts at Molière (in French, of course), The Importance of Being Ernest (which we made into a musical), and the French Revolution with the inspired dance scene against red lighting in the shadow of the guillotine. Above all other such endeavors was the miming of the Russian Revolution to the music of Shostakovich’s String Quartet No. 8 played by four of our own students.